About 20 of the 119 guests onboard realized that Mainz was a pretty lively city with a casino and bars near the port area where we have parked the boat. A group heads out to the Casino but we head off with just the two of us looking for lively music. We find a bar called Havana near the Hilton in Mainz that seems to be a college type bar but offering real Mojitos including the mint and lime. Plus they are pouring real Cuban Havana Club Rum which is illegal in the States because of the Embargo. We settle into the bar for a couple of rounds of Mojitos and Cuban music on the sound system. Who would have thought we would have gotten off the boat in Germany and had Cuban drinks as it is really a small World. Onboard is Guest Talent night and we observe bunny hopping as we leave the ship. Germany seems very safe as we walk along the riverwalk back to the ship at about 1AM, nobody bothers us, even the bums sleeping under the bridge.

Our guide in Mainz was fantastic and the guides were actually trained on the Gutenberg Press to show you how hot lead was made and how pages were printed. This tour is also included as was all of the walking tours included as part of the Avalon River Cruise. The first stop is to see the original Gutenberg Bible which was pretty neat. Gutenberg only printed in black, but left space for the Calligraphers and Artists to come behind them and decorate with artwork and Calligraphy of the important points. In his lifetime, they produced about 180 bibles which were so large, they were printed in two editions (old and new testament). For someone with a printing background, this is a fantastic stop as they also have original Heidelberg Printing Presses on display at this museum.

The guide poured a letter to show the process which is a mixture of lead and alum so the type cools quickly and can be used. Capitals are stored in the upper “case” (or wooden box) thus the reference to upper case and lower case in our language today. Those letters are slid onto a wooden rack that is inked and actually used for printing. Gutenberg converted an Italian wine press to be the printing press and they used dog skin to ink the letters as dogs have no pores to soak up the ink. On this tour, you see them actually re-produce a page from the Gutenberg Bible. John stopped back at the gift shop after the tour for a bible page to frame (book of Job) and a couple of hot lead R’s for Uncle Ray.

Also in Mainz, we are taken to the Cathedral which was taken over by the French during the 30 years war. Napoleon was retreating and took over the Cathedral to care for his sick and dying soldiers. It was the dead of Winter and they burned everything wooden in the Church to keep fires warm. The town has a huge Cathedral and a very small population, but Mainz was the Pope’s representative in Germany and they had a competition with the Bishop in Cologne. There is another church with Chagall windows, but we did not have time to tour the area and the tour was finished in the craftsman area of town that was now a more upscale shopping district.

In Mainz, we had the pleasure to observe a health screening for elementary students who each brought one of their bears from home for a health screening along with the child. Tents were set up for each part of the medical field from the emergency room to maternity, screenings and shots. The bears got the shot first and then the child plus this activity run by interns and student doctors socialized the children to the medical field. We felt very luck to have seen this and we continued to see groups of German children on our way back to the boat walking back to school with teachers and chaperones and their bears who all had band aids on the shot spot. All aboard time was 12:30 today so we headed back to the ship for lunch.

Lunch was braised veal and German spaetzle with crispy fried onions on top. As always Stefan was joking with guests at the buffet and Sapar was waiting with his huge smile when we got back from the buffet line. Soup today was a wonderful cream of spinach soup which had garlic, butter and nutmeg in with the cream. This was topped with roasted sunflower seeds for very interesting cuisine. As we have moved from France into Germany the meals are more German in nature including the pasta.

We are underway while we eat lunch and we miss photographing the beginning of the Rhine Castles between Mainz and Rudesheim. It is pretty lunch scenery as we cruise two hours up the river. The Rhine Gorge is getting a little steeper and we are seeing Riesling grapes growing along the river. Rudesheim is the beginning of the Rhine Gorge so there is an abundance of river cruise boats parked here on our visit. At times, we are hooked to our sister ships for a few hours as we double up on dockage with us on the inside since we are overnighting in Rudesheim and they are only staying a few hours. There patrons simply walk through our ships lobby to get onshore. 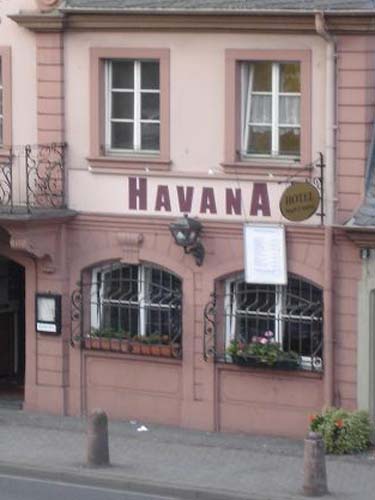 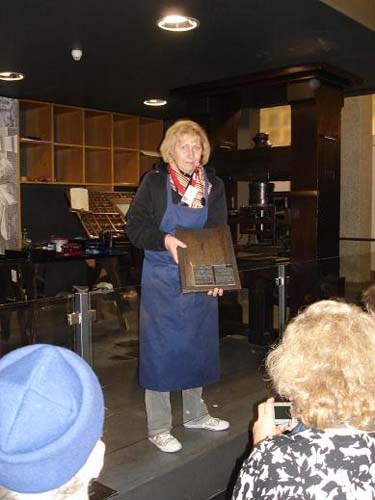 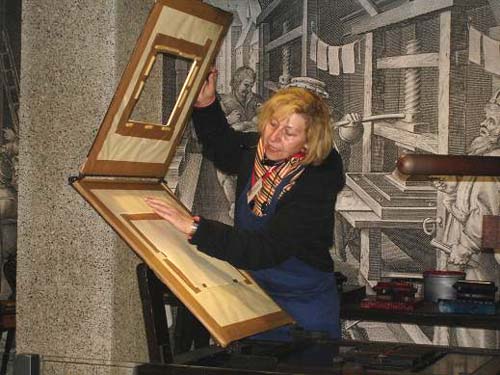 Gutenberg printing demonstration. This was very interesting to John who has worked in printing his whole life. 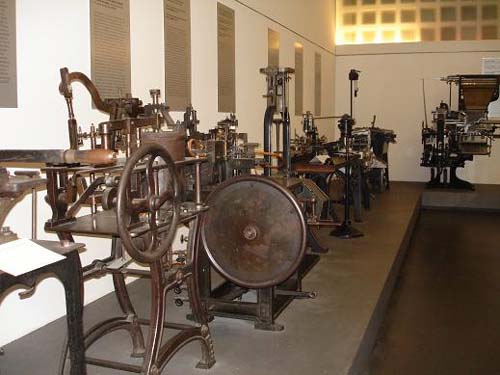 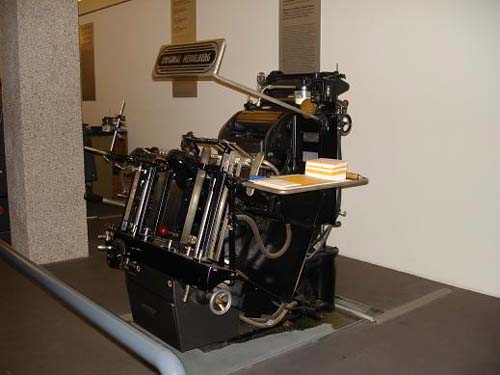 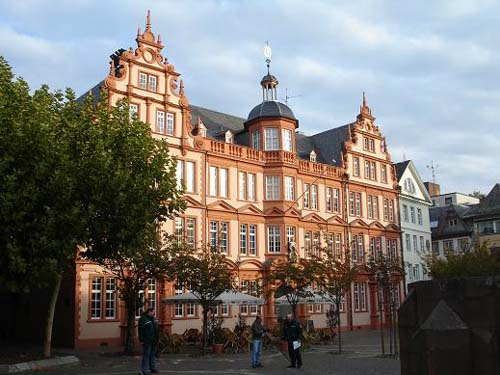 Mainz was a beautiful town.

The kids learning about health care. 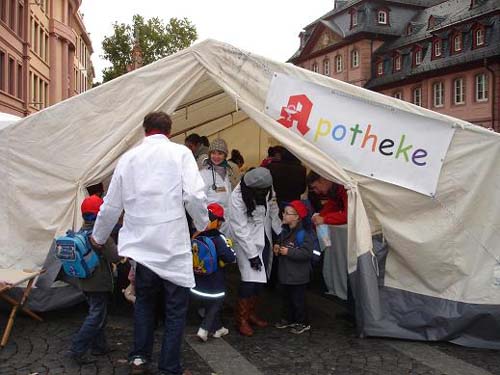 Each tent was a different part of health care. Here was the pharmacy. 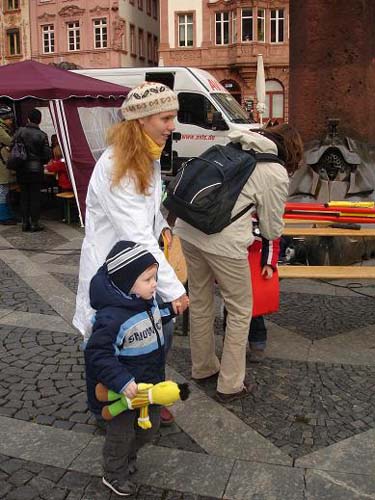 Every child had a teddy bear they brought for health care. What a novel way to get them used to the system and taking care of themselves. 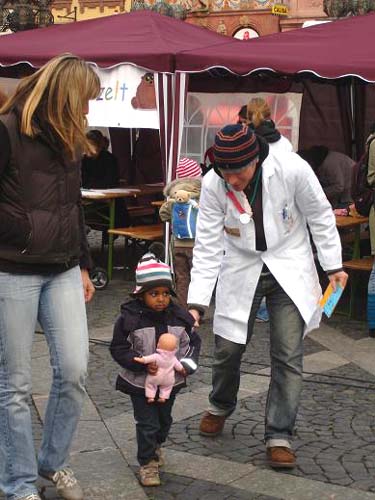 The medical students were also learning about bedside manner. 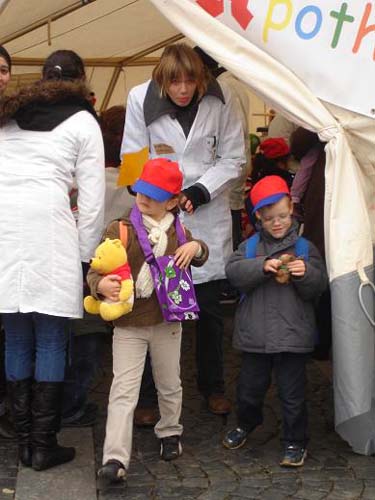 Both the kids and the medical students were great subjects for photography. 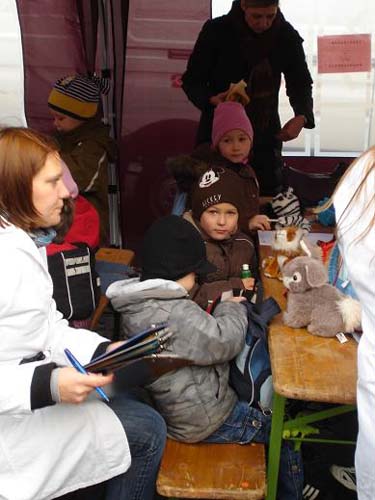 This is what is great about river cruising. Small groups of people allow you to visit smaller towns and see a slice of life. 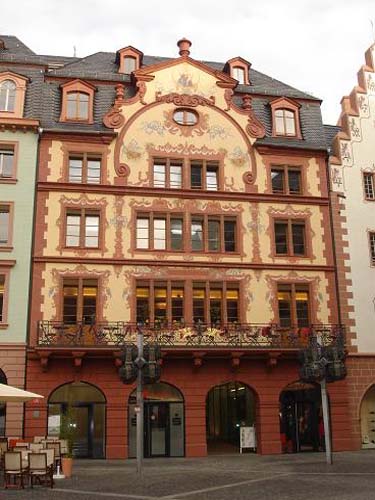 One of the fancy restaurants on the cathedral square. 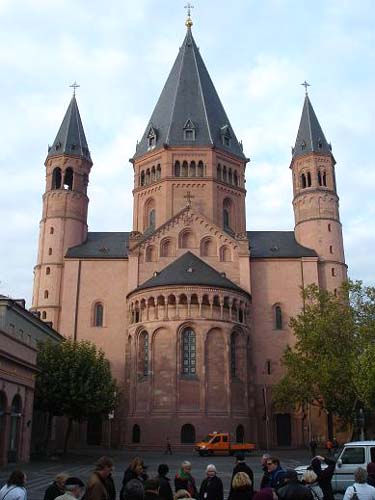 The Cathedral was large for a very small population. Seems the bishops here and in Cologne had a contest to see who could build the bigger church. 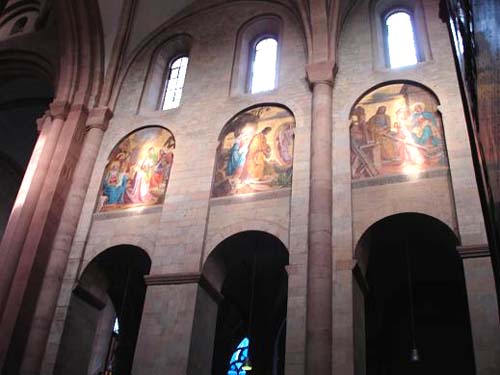 Inside the cathedral was pretty plain. Napolean burned most everything years ago to stay warm as he retreated to France in the Winter. 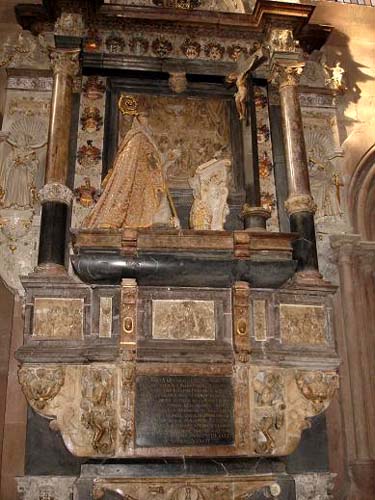 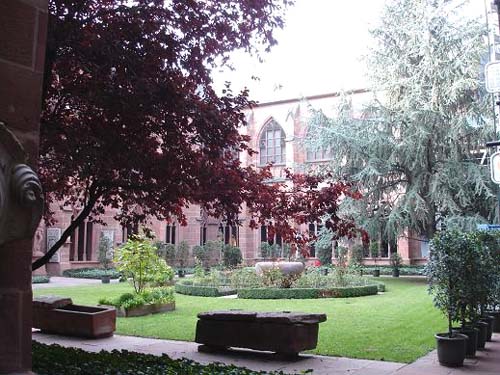 The courtyard of the church. 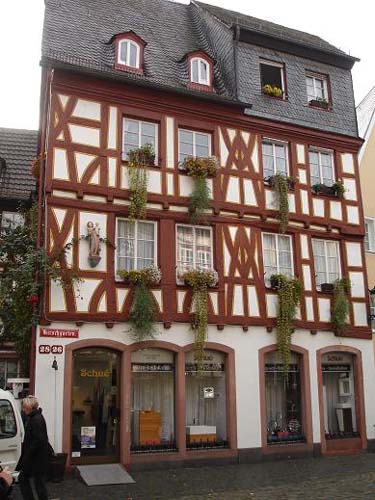 More timber and concrete construction like Strasbourg. These villages were very similar in architecture all along the river whether it was France or Germany. 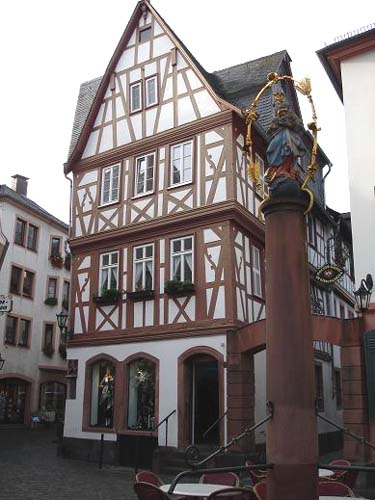 More timber and concrete at the artists village. This used to be the area for the tradesman but recently converted to artists stores. 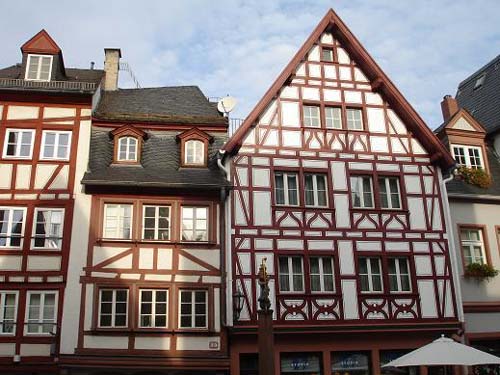